What in the World are They Spraying?

If you’ve looked up in the sky lately, you’ve likely seen cloud formations that we simply didn’t see 10 or 15 years ago. Some say they are simply condensation trails left from jets passing over. But, mounting evidence indicates something else entirely, and bluntly, something extremely difficult to confront, particularly when nobody who should know what it is we’re looking at, will admit to knowing anything other than, “They’re simply condensation trails.”

This documentary presents quite a different picture.  Its producers traveled around the planet in search of answers to some very simple questions, “Are we being sprayed from the sky?”, “Why do the trails go from horizon to horizon?”, “How could a totally cloudless day, become what appears to be an overcast day, resulting from these jet trails spreading out to the point of literally covering the sky?”, and “What do these so-called ChemTrails consist of?”

My wife and I live in Florida on the Gulf Coast.  I took the picture below on Christmas Day 2003 from my friend’s balcony facing the Gulf of Mexico, and I actually didn’t even notice the condition of the sky until I reviewed my photos on my computer a few days later.  When I brought this particular picture up in my photo editor and enlarged it, my jaw dropped.  My initial response was, “What the hell is that all over the sky!?”  The only natural cloud is the one just over the buildings near the middle of the photo. The rest of what’s covering the sky in the photo is man-made. That was my baptism into the Contrail/Chemtrail controversy. 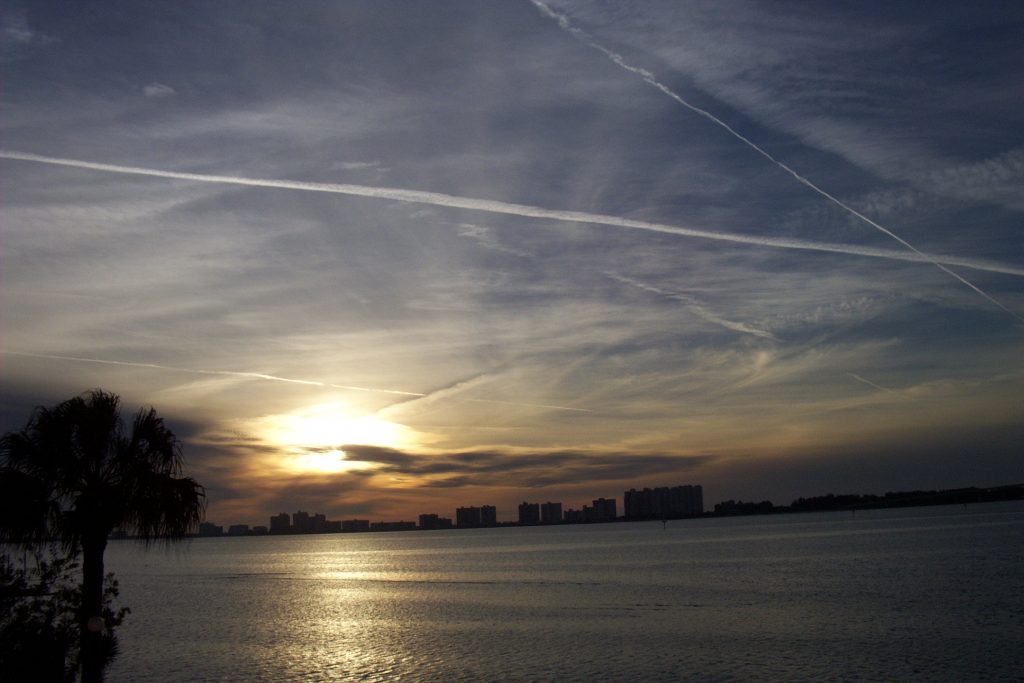 Over the years since that Christmas Day in 2003, I have researched both sides of this controversy and found myself on and off the fence again and again about what I was actually seeing in the skies. But this recent Documentary, which you can view in its entirety here, knocked me off the fence, possibly for good.